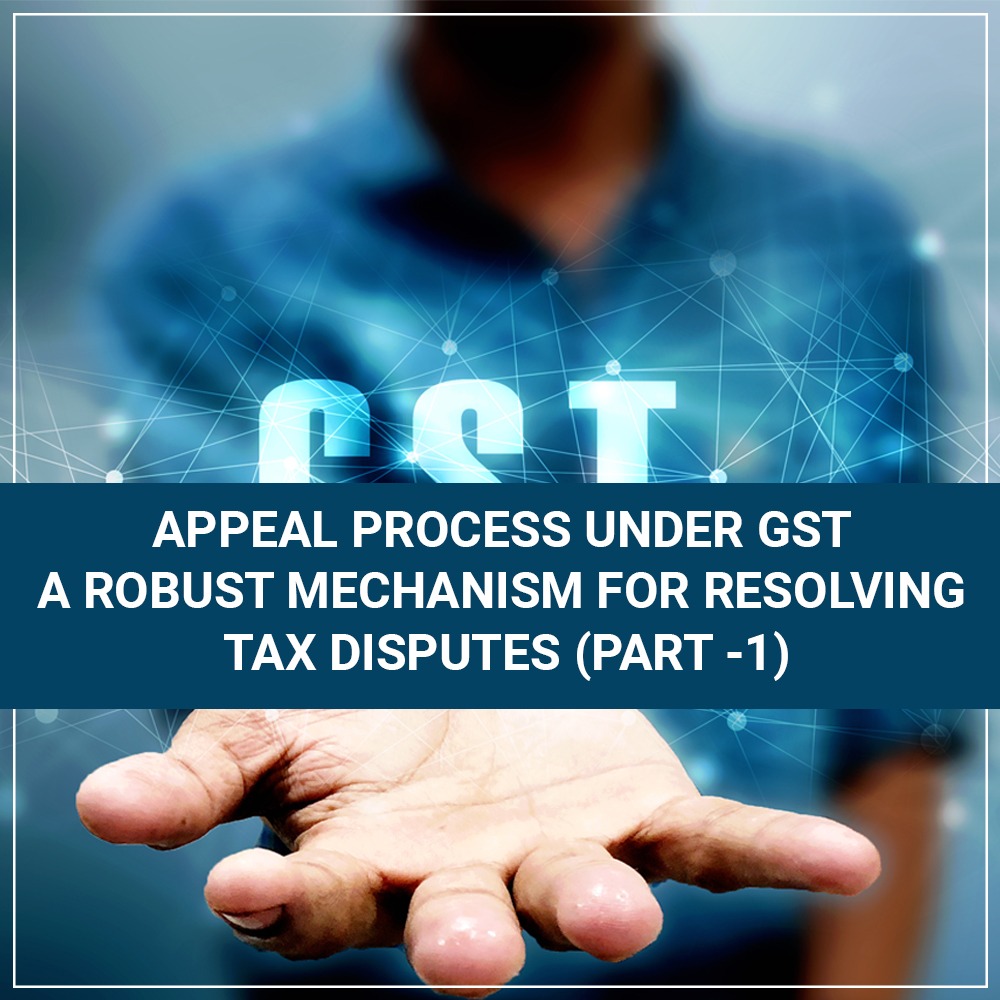 Now that adjudication under the Goods and Services Tax (GST) law is in full swing, GST officers are issuing notices and conducting adjudicating processes against the Taxpayers on a scrutiny basis. Based on the Adjudication conducted by the GST officer, an adjudication order is passed by them thereby concluding the final decision on the subject matter. However, likely, the taxpayer may not agree with the adjudication order passed by the tax officer. In case of any disagreement concerning tax liability, penalty, or any matter in the order passed by a GST Officer, GST law provides channels of appeal to the taxpayers. Thus, understanding the mechanism of appeal under GST is become relevant.

Before going into a detailed discussion about the appeal mechanism, let us first understand with help of the following diagram about the hierarchy of concerned authorities for appeal, wherein a person can raise an application to the higher authority, based on the hierarchy. For instance, for filing an appeal against the adjudication order passed by the Adjudicating Authority, the taxpayer can file an appeal to Appellate Authority.

The first level of appeal in the hierarchy is Appellate authority, where a taxpayer who is aggrieved by the adjudication order passed by the Adjudicating Authority under the CGST Act/ SGST Act/ UTGST Act/ IGST Act can file an appeal to the Appellate Authority in Form GST APL-01 within 3 months from the date of communication of order by the GST Officer to the taxpayer. In the appeal, a certified copy of the order appealed against, shall be submitted by the taxpayer within 7 days of the filing of the appeal electronically.

While filing an appeal, the taxpayer is required to make a pre-deposit of GST tax, interest, and penalty of the demand accepted and also 10% (Maximum 25 Crore) of the tax amount of demand in dispute. After filing the appeal, a final acknowledgment is issued by the Appellate Authority in Form GST APL-02 indicating the appeal number. On conclusion of the appeal process, the Appellate Authority may confirm, modify, or annul the order appealed against and will issue an order with a summary order in FORM GST APL-04 indicating the final amount of demand confirmed.

The Appellate Tribunal is the second level of appeal in the hierarchy, where appeals can be filed by the taxpayer against the orders passed by the Appellate authority. The taxpayer can file the appeal to the Appellate Tribunal online in Form GST APL-05 within 3 months from the date of communicating the order to the taxpayer preferring the appeal. The aggrieved person is required to make a pre-deposit fee for filing an appeal which includes, the full amount of GST tax, interest, & penalty of the demand accepted and also 20% (Maximum 50 Crore) of the tax amount of demand in dispute in addition to the amount deposited before the Appellate authority. Appellate Tribunal has the powers to refuse admission of appeal, wherein the disputed amount does not exceed Rs.50,000.

It is pertinent to note that in the appeal process in Appellate Tribunal, the taxpayer will not be allowed to produce any evidence which was not presented to the adjudicating authority or the Appellate Authority, unless:

The Appellate Tribunal is directed under the law to hear and decide every appeal within 1 year from the date of filing of the appeal. It has powers to confirm, modify or annul the order appealed against. The Appellate Tribunal can also ask to remand the case back to the Revisional or Appellate Authority or the Original Adjudicating Authority, as they also have the power.

The right of a Taxpayer to get justice doesn’t get over at the level of Appellate Tribunal, the taxpayers have the right to appeal in the Courts as well. If the Taxpayer is aggrieved by an order passed by Appellate Tribunal, he may approach further to the Third & Fourth level of appeal in the hierarchy i.e., the High Court & Supreme Court. The process of filing an appeal with the courts will be discussed in the next continuation blog.

This content is meant for information only and should not be considered as an advice or legal opinion, or otherwise. AKGVG & Associates does not intend to advertise its services through this.